Wondering where to stay in Lake Bled during your summer vacation? Read this article! You will find more about possible types of accommodation in the area

The mighty, unconquerable and romantic Predjama Castle or Predjamski Castle has become, due to its location and secrecy, an inspiration to many filmmakers, as they filmed here a number of films, television series and documentary films. The author of the bestseller Game of Thrones found here an inspiration for his projects. At this location, documentary series creators from Discovery Channel also recorded a part about the presence of ghosts inside the castle walls. However, the Predjamski Castle is also very unique, because it is listed in the Guinness World Records as the largest cave castle in the world and the only cave castle in the world that is fully preserved.

Predjamski in Slovenian language means “in front of the cave”, which is quite reasonable, because beneath the castle there is an entrance to the Cave under the Predjama Castle, where the first part of the cave is opened for guided tours. Also, directly under and behind the cave castle there are many secret tunnels, which were used in the past to supply food and other necessities, when the castle was besieged by the Emperor’s army.

Predjama Castle is perched in the middle of a 123-meter high cliff. This is also its specialty, which makes its powerful appearance. Building a castle in a rock itself also has its purpose, because they were using its unique position in order to successfully protect themselves from numerous Turkish invasions and the rest of the army that was back then raging all over Europe.

Predjamski Castle was first mentioned in the 13th century, more precisely in 1274. At that time, it was named after the German word Luegg, by the German family, who bought the castle. They were also known as Adelsberg knights, which is in fact a German name for Postojna. Therefore, in the past the name of the castle was Postojna Castle.

Inside the Predjama Castle

Today, the Predjama Castle is a museum where you can see a collection of old weapons, paintings, a sculpture of the Virgin Mary from 1420. The cave castle is decorated with a very picturesque illustration about the medieval everyday life, and the impression is further enhanced by people figures in their natural sizes, performing various tasks.

There is also a hanged prisoner in the dark room and, of course, the legend about Erazem of Predjama also lives inside the castle. The old linden, under which the Erazem of Predjama was buried, is standing behind the cave castle, at least so says the legend. A girl, who was deeply saddened by the death of this famous knight, planted the linden on his grave.

Predjama Castle tour begins in the entrance tower, where you will learn about the history and the former owners of this cave castle. Among the equipment in other parts of the castle you can find a selection of original objects. There are many replicas of weapons, from lances and helebards, swords, battle hammers, arcs, crossbows and knight’s armor. The most luxuriantly equipped knight’s room is in the dining room, where you will be introduced to the castle life in the late Gothic era. In the renaissance hall on the third floor, the hunting trophies of the last owner, Prince of Windisch-Grätz, are exhibited.

Each year in July, traditional knight games, called the Erazem’s Knight Tournament, take place in front of the Predjama Castle. This is a very popular event, where knights on horses and swordsmen present their warfare skills. The horsemen, dressed in knight’s armor and equipment, illustrate the warfare and imitate soldiers in their battles in the middle ages, when the cave castle was besieged by opponents. Furthermore, near the old linden, masters of the old crafts exhibit their handmade masterpieces. There is also a gastronomic offer, which includes traditional medieval delicacies.

The legend about Erazem of Predjama

Knight Erazem was the most famous representative of the Luegg family. Only later he was known for his name, Erazem of Predjama, who resisted the imperial autocracy in the 15th century. Today, there are many legends about him, which on one side glorify him as a passionate, beautiful and noble knight, and on the other hand, they portray him as a robber, a rogue knight, who was ultimately killed on a toilet, inside the Predjama Castle.

The cave castle is accessible only from one side, but the legend says that knight Erazem supplied food and drink through a secret passage leading to the surface, inside the Predjama Castle. Meanwhile, the Emperor’s army besieged his castle for a year, but failed to break through. The army was not fatal for Erazem, however the tricks of his opponents were and lastly, a scam of his corrupt servant. After his death, the owners of the Postojna Castle were changing throughout the years, until the end of the Second World War, when it was nationalized.

Predjama Castle tickets can be bought in three different places. You can buy them at the box office in front of the Predjama Castle. Tickets are also available at the main Postojna Cave entrance. If you buy tickets for Postojna Cave tour and at the same time you already know that you also want to visit the famous castle, then you can purchase one ticket to visit both sights in the Postojna Cave Park. This will also save you some money, as combo tickets are cheaper than if they were bought as single tickets.

The third option to purchase tickets is through an official website. Prices for visiting the Predjamski Castle are somewhat different, depending on the high summer season and the low season in the winter months. On a given website you can see the exact prices that apply for a specific period.

How to get to the Predjamski Castle?

Between 12 July and 31 August a free bus runs from the Postojna Cave to the Predjama Castle and back. The ride takes only 20 minutes. This free shuttle bus can be used by anyone who has bought combo tickets, with which they have access to visit both attractions in the Postojna Cave Park. The free bus also runs from Postojna city, as there are only 300 parking lots in front of the Predjama Castle. Although they are not charged, there are not enough parking lots, when considering the number of daily visitors.

Cave under the Predjama Castle

If you have already visited the Predjama Castle, you can also take a tour into the Cave under the Predjama Castle. Due to its location and favorable temperature, interesting inhabitants live there, the colony of bats, so entering the cave in the winter time is not possible, since bats are asleep. The cave was formed by the Karst Pivka River, which runs on the surface and then disappears beneath the surface and from then on it runs below the cave. The cave spreads over four floors, which are interconnected with several pools. The entire length of the cave measures almost 8 kilometers and for visitors there is a tour, which includes the first 900 meters. There is no electricity in the cave, so you will visit it with lamps and proper caving equipment.

Hotel Jama is located in the heart of the Postojna Cave Park, just hundred meters away from the Postojna Cave entrance. Hotel Jama is a four-star hotel that offers beautiful views of the park, in the middle of unspoiled nature. Hotel Jama was built in 1971. At that time the hotel was known as one of the most prestigious hotels in this part of Slovenia. In 2016, it was completely renovated, equipped with modern elements, while at the same time retaining numerous architectural elements that represent the features of the Karst landscape.

If you were impressed by the visit to Postojna Cave and the Cave under the Predjama Castle and would like to experience other underworld adventures in Slovenia, you can visit us in Bled that is only one hour away from Postojna. From Bled we will take you on a special journey, where you will get to experience the surrounding underground world. In our special offer there are two cave adventures, namely cave kayaking and Bled caving. Welcome to Bled! 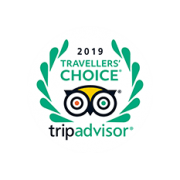 Proud recepient of a TripAdvisor 2019 Certificate of Excellence
Thank you all for great reviews!

Best team, best equipment, best hike we had a great day hiking in Julian alps, we went on the highest peak of Slovenia, and we are going again next... read more year!
Thank you for everything

Proud recepient of a TripAdvisor 2018 Certificate of Excellence
Thank you all for great reviews!

I would highly recommend this trip! Our guide was brilliant, he was friendly, informative and had a real passion for Slovenia and the scenery we were seeing. We visited some... read more amazing scenery, waterfalls, lakes, and even the constant rain did not distract from how beautiful...More

Learn more about activities in Slovenia

This site uses cookies. By continuing to browse the site, you are agreeing to our use of cookies.

We may request cookies to be set on your device. We use cookies to let us know when you visit our websites, how you interact with us, to enrich your user experience, and to customize your relationship with our website.

Click on the different category headings to find out more. You can also change some of your preferences. Note that blocking some types of cookies may impact your experience on our websites and the services we are able to offer.

These cookies are strictly necessary to provide you with services available through our website and to use some of its features.

Because these cookies are strictly necessary to deliver the website, refuseing them will have impact how our site functions. You always can block or delete cookies by changing your browser settings and force blocking all cookies on this website. But this will always prompt you to accept/refuse cookies when revisiting our site.

We fully respect if you want to refuse cookies but to avoid asking you again and again kindly allow us to store a cookie for that. You are free to opt out any time or opt in for other cookies to get a better experience. If you refuse cookies we will remove all set cookies in our domain.

We provide you with a list of stored cookies on your computer in our domain so you can check what we stored. Due to security reasons we are not able to show or modify cookies from other domains. You can check these in your browser security settings.

We also use different external services like Google Webfonts, Google Maps, and external Video providers. Since these providers may collect personal data like your IP address we allow you to block them here. Please be aware that this might heavily reduce the functionality and appearance of our site. Changes will take effect once you reload the page.